I leave on the 16th.  It will be my seventh trip to northern Spain in 4 years.  Today I would like to share a brief overview of some very different passions which continue to draw me there and which will consume me this time as always. My strange bedfellows!

Early medieval architecture, from the 7th century to the 12th draws me into the remote valleys across the north in search of tiny rural churches. Gothic bores me, the baroque appalls me, and cathedrals are curiosities almost to be avoided, statements primarily about power – “We’re here, we dominate totally, don’t mess with us!”  and “One day you will understand the direct connection between our over-the-topism and your contemporary casino architecture and the excesses of Las Vegas!’  It is my blog and I can be as opinionated as I want to be.

I am drawn to small rural parish churches and isolated ermitas constructed between  the 7th and 12th centuries. I hiked to this complex of church and fortified tower from the 11th century – a 45 minute steady climb to this exposed ridge in northern Aragon, part of a system that was built to stabilize defence and resettlement in this area in the early days of the reconquista, the century-long struggle to regain the peninsula from the Moors.  A three-nave church and octagonal tower, with amazing views of the river valleys to the north and south (40 – 50 kilometres?) and the ever-surrounding mountains. Breathtaking!  And to reflect on the amount of effort needed to build these over 1000 years ago in the middle of nowhere!

To visit the tower, I had to use the front and back doors of the church;  there simply was no room along either side of the first building.  I do love to hike;  choosing isolated churches gives me plenty of opportunities.  Do I choose these places in order to hike or do I simply set off because I want to see these places?  A chicken or egg question;  ¿el huevo o el pollo? 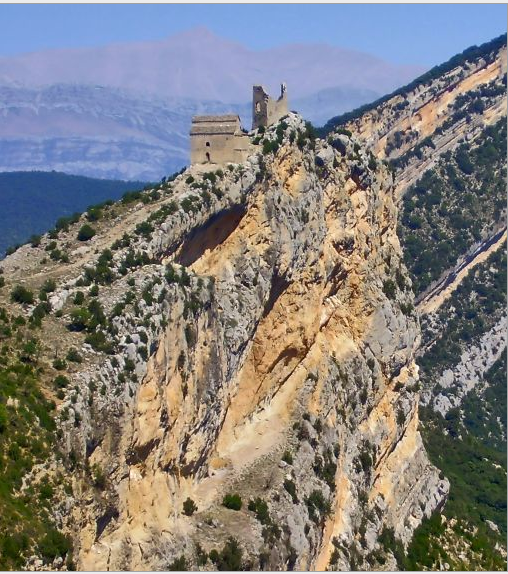 I would like to thank Arthur, a professor emeritus of history at York University, for introducing me to another one of my passions,  the art of Frederico Goya.  Whenever in Madrid, I spend a whole day just with this man’s art, in the Prado and in a number of other key locales.  I have been to Zaragoza to visit his birthplace and have spent spend hours in the art galleries there devoted to his work. When in the Prado, I simply stand in front of this immense canvas, The Third of May, and weep.

I am particularly moved by his etchings which catalogue our foibles, the disasters of war, and his passion for bullfighting.

Each time I return to Spain, I enjoy the food more and more. My comfort level with menus and inquiring about any particular item has improved.  I have also discovered the northeast, the region of Catalonia, facing the Mediterranean, outward looking, always ready to embrace distant influences, Italian, French, North African, Middle Eastern.  I was eating lunch in a tiny village in an ancient valley high up in the  foothills of the Pyrenees, a valley whose churches contain a breathtaking treasure of Romanesque wall paintings.  I ordered the ubiquitous specialty, roast lamb and was assured by the dueño, that the lamb had come from one of the flocks I had only just seen wandering with their shepherds within a few kilometres of the restaurant.  I also ordered a salad, with shrimp and a kind of flat green bean. This is what was presented to me.

The two large shrimp were hidden underneath the greens;  the egg came as a complete surprise. The daily lunch menu usually includes a small beer, soft drink, bottled water OR a bottle of the local year-old wine. You learn quickly to enjoy a glass or two and not to try to finish the bottle.

Early medieval architecture, hiking, Goya, the food and finally futbol. Gradually over the past 12 -14 years, I have learned to love, appreciate and tentatively understand soccer. I saw my first live game this past April, Atletico Madrid. In 2011, I made a pilgrimage to Camp Nou, the stadium where el azulgrano plays and triumphs, Barcelona FC. I wrote about my visit to this shrine extensively in one of my emails, as a pilgrimage with so many of the same elements of a medieval pilgrimage, including relics (trophies and dried up old sneakers of famous players) and the side chapels for individual saints .  Yes, this one is for quite the well-known miracle worker, Leo Messi.

Along with hundreds of other faithful fans (there would have been thousands over the course of the day), I filed past his photo and the Golden Boot as the best player in the world (now three times), and then continued to the other focal points, all in a spirit of reverence, almost like being in the presence of a ‘power greater than ourselves’. November 4 will hopefully see me seated with 90 thousand of the Barca faithful, los culés, in the stadium. I have started learning the words in Catalan to the Hymn to Barcelona that they sing at the beginning of each game.

By then, I will have hiked to see some amazing small rural churches and scenery up in the foothills,  stood before some Goyas that I will not have seen before, eaten well, cheered on Messi and friends and hopefully have discovered  a new passion or two to add to the ones that keep bringing me back. I trust implicitly that Spain has much more to offer me. I am already thinking about next spring.